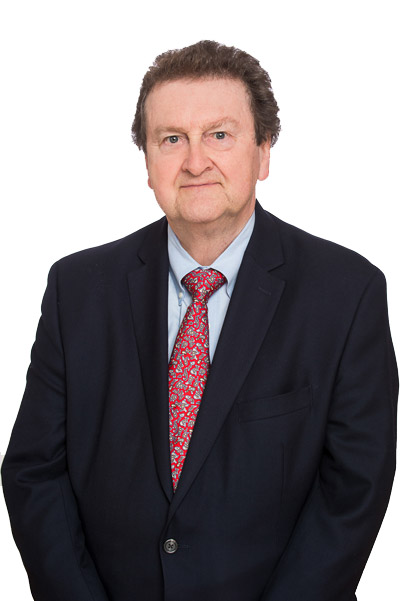 David Parry has been a full-time San Francisco real estate broker since 1986, first with Pacific Union and since 1993 with McGuire Real Estate, recently acquired by Sotheby’s International Realty.  He served for 11 years as a Director of the San Francisco Association of REALTORS® and was its President in 2002.  Prior to that he was San Francisco’s REALTOR® of the Year in 1998.

For CAR David has served on the Strategic Planning Committee, the Property Information/MLS Task Force, the MLS Working Group, and the Standard Forms Advisory Committee, which he chaired in 2015.   He chairs an Expert Witness Forum at the three CAR meetings each year, maintains a database of brokers who perform Expert Witness work, and has himself acted as an Expert in many cases in the last 10 years.

In San Francisco, David organizes the private library of forms made available by the local Association through the zipForm system, updating and creating new forms as needed.

In his real estate sales career, he has closed more than 500 transactions for sales totaling well over $450 million, representing buyers and sellers with equal frequency. He has handled several complex 1031 exchanges and has developed a series of financial analysis programs for real estate, including an income property valuation program.

David obtained a Bachelor’s degree in Computer Science from Manchester University in England and also has a Master’s degree in Systems Analysis.  He has been programming computers and designing systems since he was 17 and spent 18 years in computer software and telecommunications development before entering real estate in 1986.

David’s interests outside of real estate include architectural research.  He was the author of a column on Pacific Heights Architects for the New Fillmore neighborhood newspaper from January 2001 until the paper was sold in 2006.  He has written more than 85 articles on San Francisco architects and uploaded many to his website.  He was the only person who was a Board member of both the San Francisco Historical Society and the Museum of the City of San Francisco prior to the merger of those two organizations in November 2001 and he remains a Director of the combined San Francisco Historical Society.

For top quality Real Estate representation in the prime areas of San Francisco, including Pacific Heights, Presidio Heights, Russian Hill, Nob Hill, Telegraph Hill, Cow Hollow, and the Marina district, you owe it to yourself to call David Parry first!

David Parry excels at helping his clients achieve their real estate objectives. He knows that buying and selling real estate can be a stressful experience for the principals involved and he realizes that his job is to make the process go as smoothly as possible.

Some of his professional real estate accomplishments include: